Warning: Parameter 2 to wp_hide_post_Public::query_posts_join() expected to be a reference, value given in /home/customer/www/3dprintingforbeginners.com/public_html/wp-includes/class-wp-hook.php on line 307
 What is 3D printing? | 3D Printing for Beginners 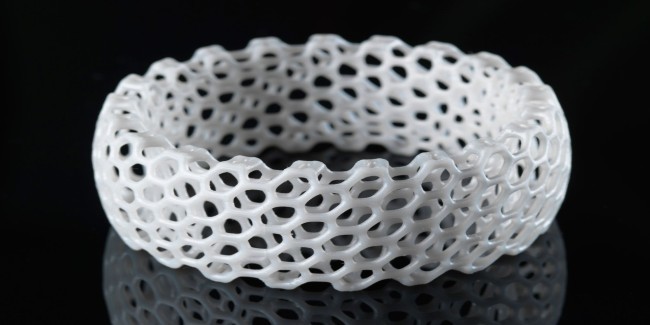 What is 3D Printing?

3D printing, additive manufacturing, rapid prototyping, desktop manufacturing, freeform fabrication, rapid manufacturing, digital manufacturing or fabbing – those are all buzz-words we are stumbling a lot upon surfing the Internet or checking the most recent media reports. Techies, hackers, fabbers, bloggers and journalists all talk excitedly about this technology’s “disruptive potential“, they dub it a “real game-changer” or even call it “the third industrial revolution“.

But what really is 3D printing?

3D printing could probably be defined as “a process for making a three dimensional physical object from a digital file by using a device that adds successive layers of material until the entire object is complete“. A real definition does not seem to exist yet.

This complicated description basically means that you can use a special machine like a 3D printer which uses plastic or other materials to build a 3 dimensional object from a digital design. The objects that can be created span from spare parts to jewellery, from gears to quadcopters, from medical prosthetics to children’s toys. The possibilities are very, very vast.

This layering process differs depending on the material used by the 3D printer, but also whether the printer is an industrial or a commercial model. 3D printers have been used by the industry for about 25 years, especially for rapid prototyping and later on rapid manufacturing (the relatively inexpensive production of a small number of parts). But industrial 3D printers are generally prohibitively expensive, not really user friendly and extremely bulky. The advantage of these machines is that they are very fast, they can often print in different colours and they can print multiple copies of the same object during the same print run. These machines also allow printing 3D objects in a very large variety of materials. With today’s 3D printing services, you can choose whether you want your part printed in metal, plaster, ceramic, metal alloy, paper, resin or even edible materials.

However, the actual hype is about personal 3D printing and consumer-oriented 3D printers, also known as desktop 3D printers. These have only been around for a few years and were first adopted by techies and tinkerers. The technologies and software for these machines have progressed a lot since then, mainly thanks to the enormous efforts of makers, DIY’ers, enthusiasts and diverse open source communities. Consumer 3D printers are now desktop-sized and their prices have dropped significantly in the last few years. So much in fact that experts consider the technology is soon ripe to be adopted by a broader consumer level, before entering mass production stage. The current consumer-oriented 3D printers are however still directed at a hobbyist and enthousiasts market. The 3D printers are still less precise and far slower than their industrial counterparts, but how cool is it to actually print toys and tools at your desktop. Most consumer-oriented printers only use thermoplastics as printing material. Thermoplastics are plastics (polymers) that become pliable, moldable or liquid above a specific temperature and return to a solid state when cooling down. The most common technique used by the current consumer 3D printers is called fused deposition modeling (FDM), also known as fused filament fabrication (FFF). The thermoplastic filament (the consumable – like the ink with your old ink jet) is extruded from a heated print head, a process that is called thermoplastic extrusion. This basically means that the hot print head literally dribbles small drops of molten plastic to form the layers of the object you are printing. Adding layer upon layer, you will see your new object come together on the printing bed of your 3D printer. To get a very quick overview on how this works and how it looks like, check out the following movies:

http://www.youtube.com/watch?v=1Bc0Qdb4k1M Please note that this video is about an industrial model printer – also note the 2 different colors. Printing time was under 3 hours.

http://www.youtube.com/watch?v=8_vloWVgf0o The Master Yoda bust is made on a Makerbot Replicator – a consumer-oriented 3D printer. Printing time was around 5 hours.