Time is really flying. It is already end of February and I haven’t posted the 3D print of the month yet so high time to get this done! This month I have chosen an item that is literally hands-on and very practical.

I didn’t have to search long for finding the right object to print for this month: recently, I have been traveling with the Ultimaker printer quite a bit. Carrying the Ultimaker is not a problem since it is not very heavy. However, you tend to lift it with the upper part of the housing and I found that I often inadvertently grabbed either one of the axes or one of the timing belts. This is less than ideal since these parts directly affect the precision of the 3D prints and you don’t want them to be bend or damaged.

So, what I needed was a handle making it easy to lift and carry the Ultimaker, without the danger of damaging any of the mechanical parts.

I settled for the Ultimaker heavy-duty handle which is the sturdier version of the two handles. 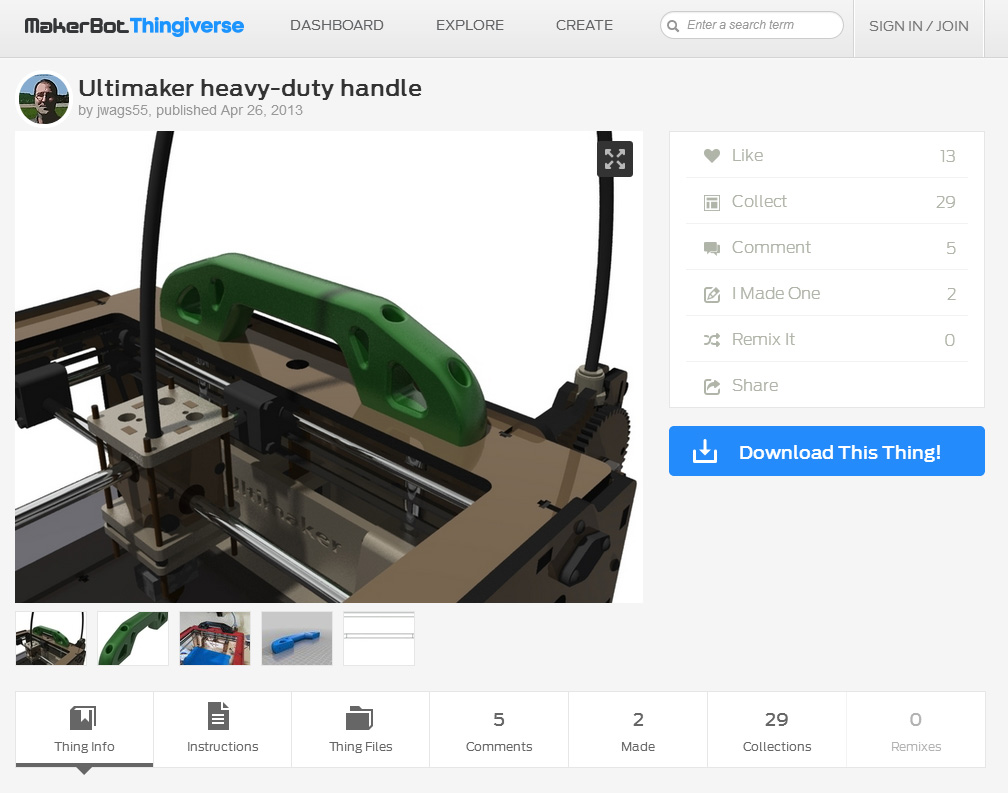 The Ultimaker heavy-duty handle comes in a single *.stl file which I loaded straight into Cura. The only modification I needed to do was to rotate the handle 45 degrees to make it fit diagonally onto the build platform. Cura estimated the print time at 2h 38min. 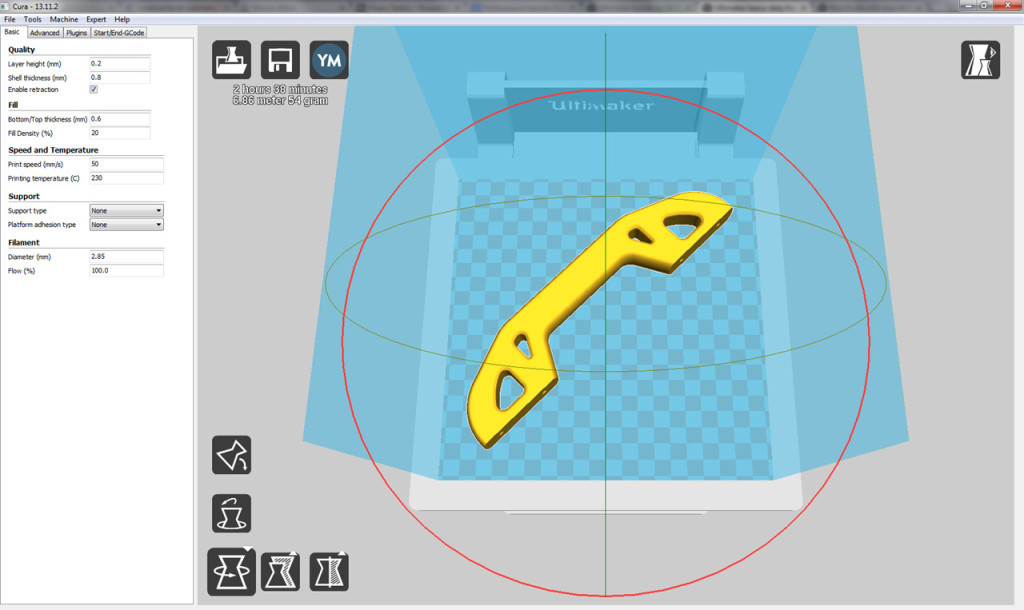 I decided to print the handle using translucent PLA. I recently received a sample spool from a Chinese manufacturer such that I also wanted to test the quality of this filament. Once I had swapped the spool, I launched the print.

As usual, I watched the Ultimaker closely while it was laying down the first few lines of the print. I noticed straight away that the material flow from the nozzle was not continuous enough. I tweaked the nozzle temperature from 210°C to 230°C which resulted in a better material flow, solving the issue.

Once I was satisfied that the material flow was good and that the first few layers of the print were securely in place, I let the Ultimaker do its job. As the print geometry was not very complicated, I didn’t expect any major issues. The only parts of the print that I ended up watching more closely were the screw openings were the printer needed to master an overhang, albeit a fairly small one. At a print speed of 75mm/s the Ultimaker mastered these overhangs without any issues.

The 3D print was completed after three hours and I managed to peel it off the build platform without any issues. It needed almost no further processing, I just removed a few loose strands of PLA and the handle was ready to be installed on the Ultimaker.

Lessons Learned from January 2014 3D Print of the Month

Here are a few observations from printing the Ultimaker handle:

As usual, feel free to share your comments below. Any questions on the 3D print of February 2014 or suggestions for a future 3D print of the month are welcome!